Members of the Hawaii State Association of Counties’ executive committee agree our lobbying efforts at the state Capitol should start from the top. That’s why we’ve scheduled a meeting with Gov. David Ige Monday. 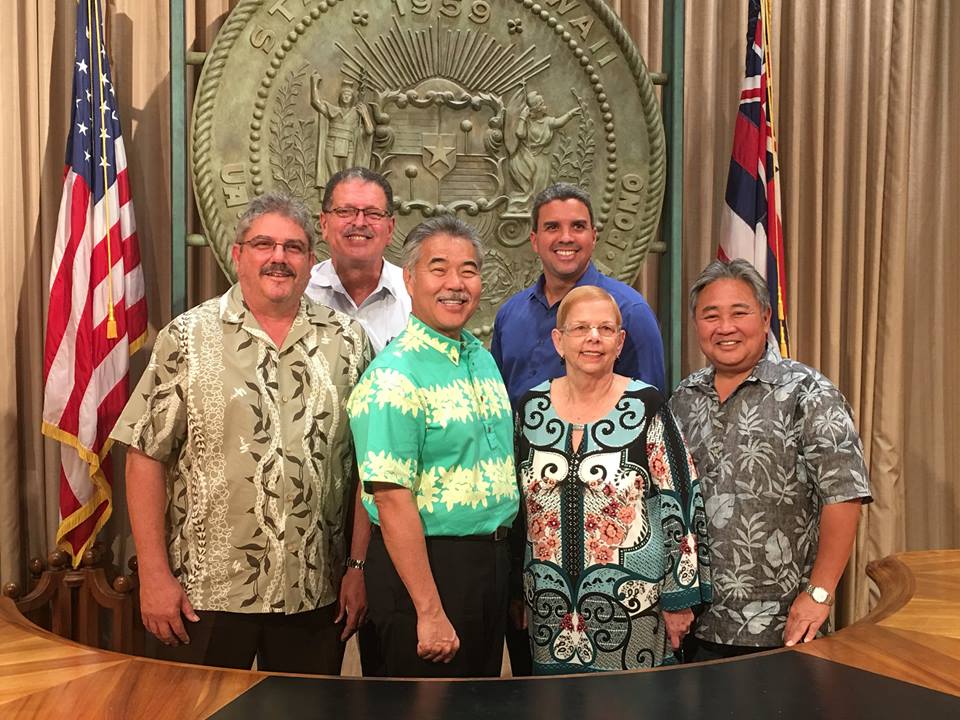 We’ll remind the governor of the counties’ demand for a fair share of the transient accommodations tax, also known as the hotel room tax or TAT. Because the state refuses to return enough TAT money to the counties, county taxpayers are paying for a disproportionate share of visitor-related services, such as police, fire, roads, water, wastewater and beaches and other parks. It’s not fair. It might be time to question whether it’s even legal.

Prior to meeting with the governor, the executive committee Monday will continue its work on the 2017 HSAC legislative package. HSAC’s discussions for the next state legislative session started over the summer, as I reported in this space Sept. 4 (“State bills considered for counties’ 2017 package”).

One state bill being considered for the HSAC package would mandate the state Department of Health to adopt rules to enforce noise standards. The counties are often asked to address noise complaints, but the DOH may be more sufficiently equipped to do so.

Another proposed state bill would allow regulation of unmanned aircraft systems, known as drones. These devices have proved economically beneficial while also assisting with search and rescue, wildlife tracking and even traffic management. But the use of drones also raises privacy and safety concerns.

Other state bills considered Monday would appropriate funds for an ambulance on Kauai and transfer fines for uncontested traffic infractions to the counties.

In addition, the executive committee will consider a state bill to clarify that a “county manager” position, if created by a county through a charter amendment, would be exempt from civil service. That might make it easier for a county to change from the council-mayor system currently used in all four counties to a council-manager form of government. Some of these bills will also be considered by our County Council’s Policy and Intergovernmental Affairs Committee for inclusion in the Maui County Legislative Package.

* Mike Victorino is president of the Hawaii State Association of Counties, presiding officer pro tempore of the Maui County Council and chair of the council’s Policy and Intergovernmental Affairs Committee. He holds the council seat for the Wailuku-Waihee-Waikapu residency area. “Chair’s 3 Minutes” is a weekly column to explain the latest news on county legislative matters. Go to MauiCounty.us for more information.