WAILUKU, Hawaii – A proclamation recognizing “Lipoa Point Day” and officially announcing the conveyance from Maui Land & Pineapple to the State of Hawaii of 244 acres at Lipoa Point in West Maui was signed by Acting Gov. Shan Tsutsui yesterday.

Tsutsui announced the state’s appropriation of $19.5 million will go towards the union members’ pension trust fund for former ML&P employees.

State and county officials attended the event, together with representatives from ILWU Local 142, Department of Land and Natural Resources and ML&P, who all cited “collaboration” among the agencies. 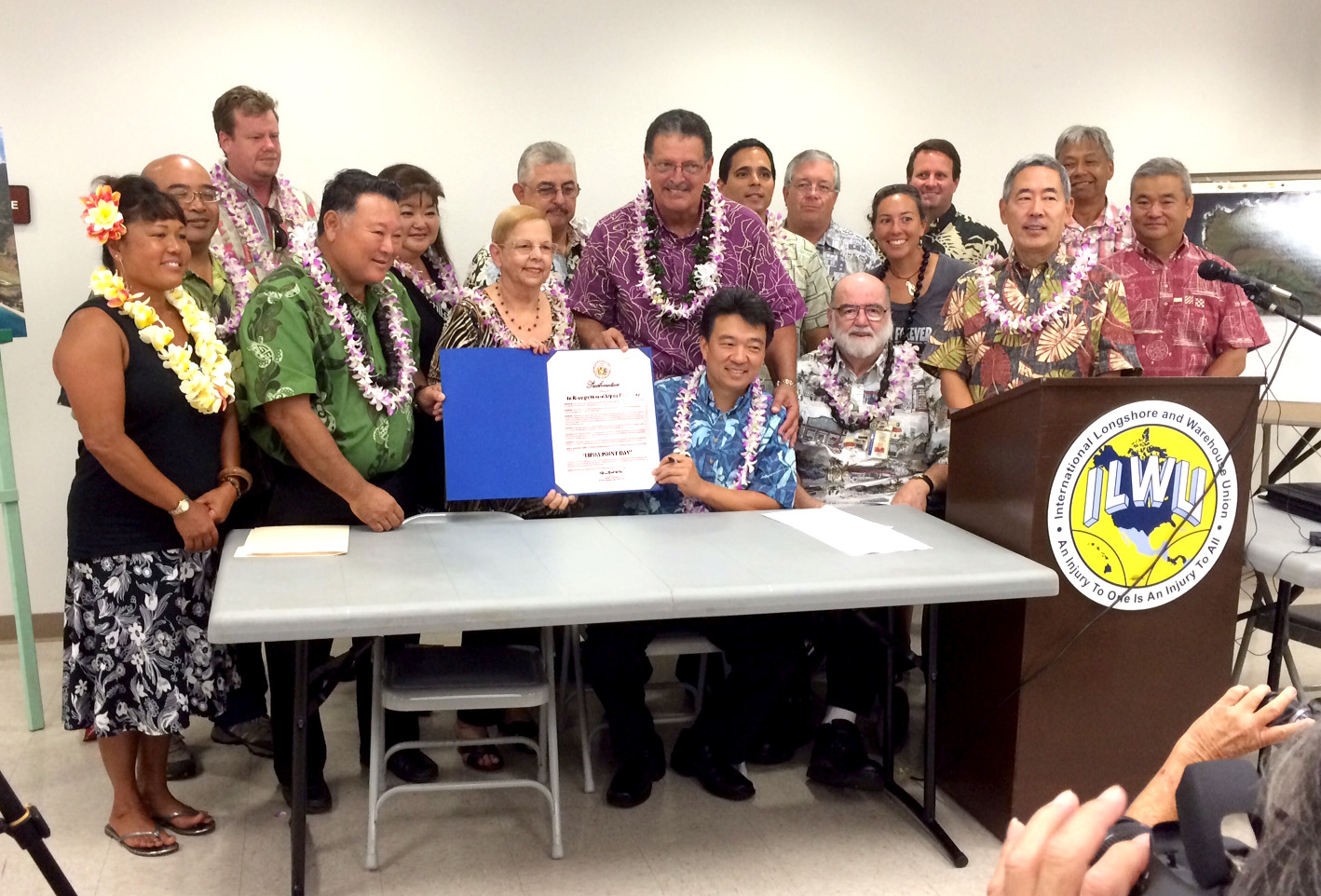 The Maui County Council in 2013 appropriated $1 million to support the preservation of Lipoa Point.

“Today, it was officially announced that retirees from Maui Land & Pine will enjoy their retirement, knowing their pensions are fully funded,” Council Chair Gladys Baisa said. “This is the result of having strong relationships between state, county and the community.” 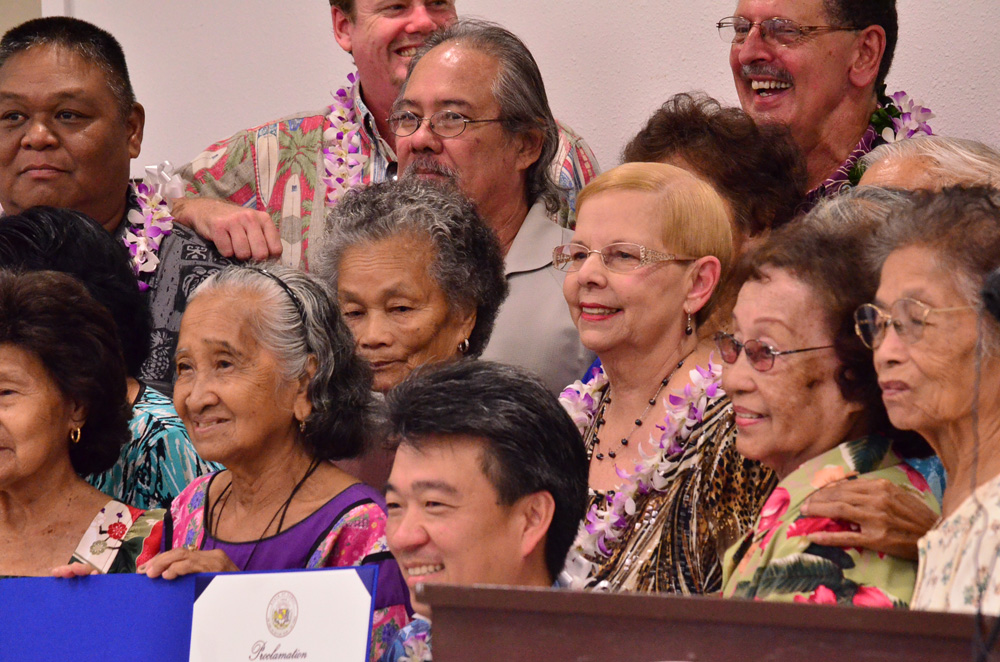 Baisa recalled the day she visited Sen. Malama Solomon, chair of the State Committee on Water and Land, at the State Capitol last year, urging her to schedule a hearing for the preservation of Lipoa Point.

“During that visit, I explained to her how significant this acquisition was for Maui County, and I want to recognize her efforts in getting this accomplished,” Baisa said.

Sen. Roz Baker and Rep. Angus McKelvey, who represent West Maui residents, fought for the acquisition of land at Honolua Bay during the 2013 legislative session. In June 2014, the state administration announced the release of the funds.

“Today is such a special day, and this is a collective effort,” Tsutsui said. “These types of decisions continue to make Maui the best place in the world.” 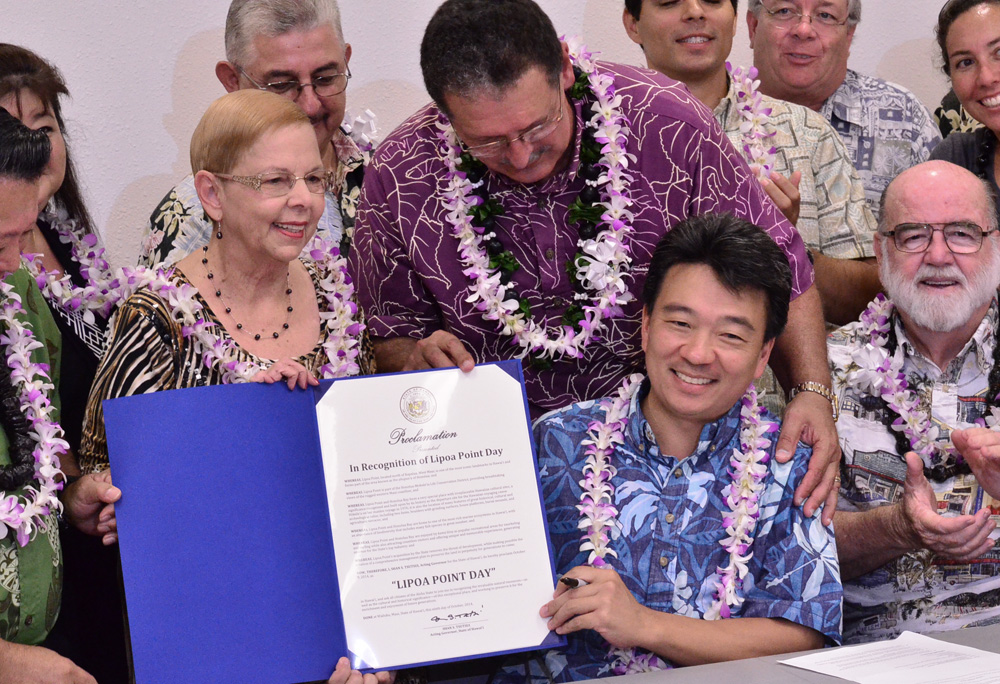