The County Council’s Policy and Intergovernmental Affairs Committee will continue its deliberations on this question in the Council Chambers on Monday at 9 a.m. 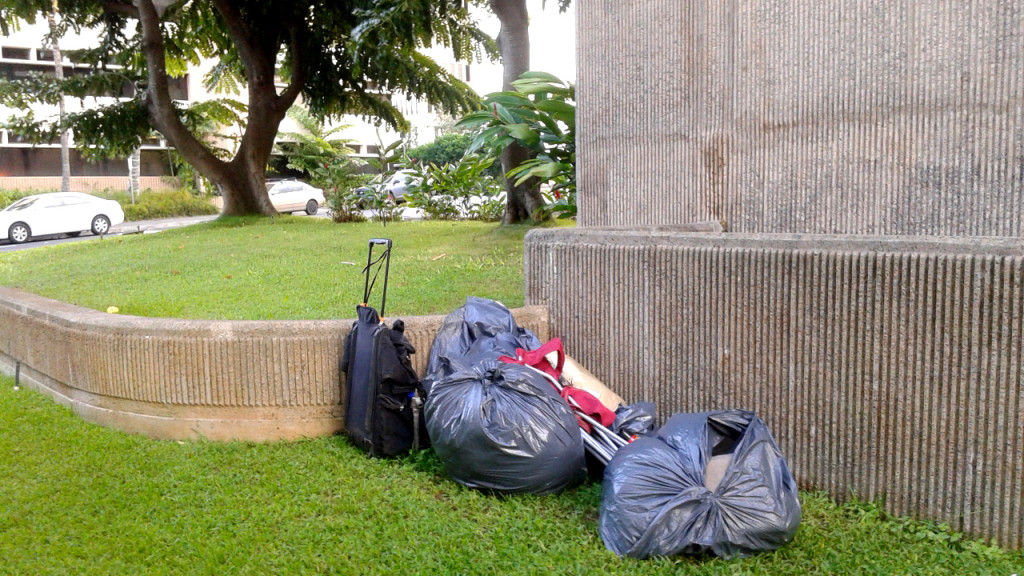 The committee will consider five bills submitted by Mayor Alan Arakawa that would establish new types of misdemeanors for various conduct. Specifically, the mayor’s proposals would criminalize lying on sidewalks, public urination and defecation, consumption of liquor in public places, stealing shopping carts and aggressive solicitation.

On Oct. 3, the committee accepted public testimony and hosted a panel discussion featuring Arakawa, Police Chief Tivoli Faaumu and attorney Gavin Thornton, co-executive director of the Hawaii Appleseed Center for Law & Economic Justice, with a focus on the sidewalk bill.

Written testimony was received from Katy Miller on behalf of the U.S. Interagency Council on Homelessness. She suggested county resources be directed to the creation of affordable housing and “to serve those most in need.”

The committee takes this viewpoint to heart, but also gives credence to the testimony from concerned members of the public who urged the county to enact laws that address issues stemming from homelessness, including public health and safety. Homelessness may not only have a negative effect on residents’ quality of life and feeling of security, it can hurt our visitor-dependent economy.

The committee acknowledged the City and County of Honolulu has had years of experience with a ban on lying on sidewalks. To ensure the constitutionality of its ordinance, the Honolulu City Council has imposed a ban only in areas where there is the greatest need for sidewalks to remain clear, such as on streets in commercial zones.

The sidewalk bill submitted by the mayor would apply countywide. The committee may consider designating that it instead apply only in specific areas, following the Honolulu model.

Ensuring the validity of a ban on the solicitation of money, also known as panhandling, could be difficult, if not impossible. Courts across the country have increasingly been regarding panhandling bans as unconstitutional infringements on the freedom of speech.

In addition, some observers have questioned the need for new laws prohibiting urination and defection in public and stealing shopping carts, as existing state criminal laws would appear to already prohibit such conduct. Questions have also been raised about whether the proposal to ban alcohol consumption in public goes too far and would unduly limit the freedom of law-abiding citizens.

The committee will welcome commentary from the mayor and county attorneys, in addition to members of the public, which may justify new ordinances. If you care to weigh in on these bills, please email pia.committee@mauicounty.us, referencing PIA-61.