Should the County of Maui consider the county manager form of governance?

It’s a big question. The basic concept is to unify all governing authority in the County Council, with an appointed county manager supplanting the mayor as the day-to-day supervisor of government operations, though there are many models that could be considered. 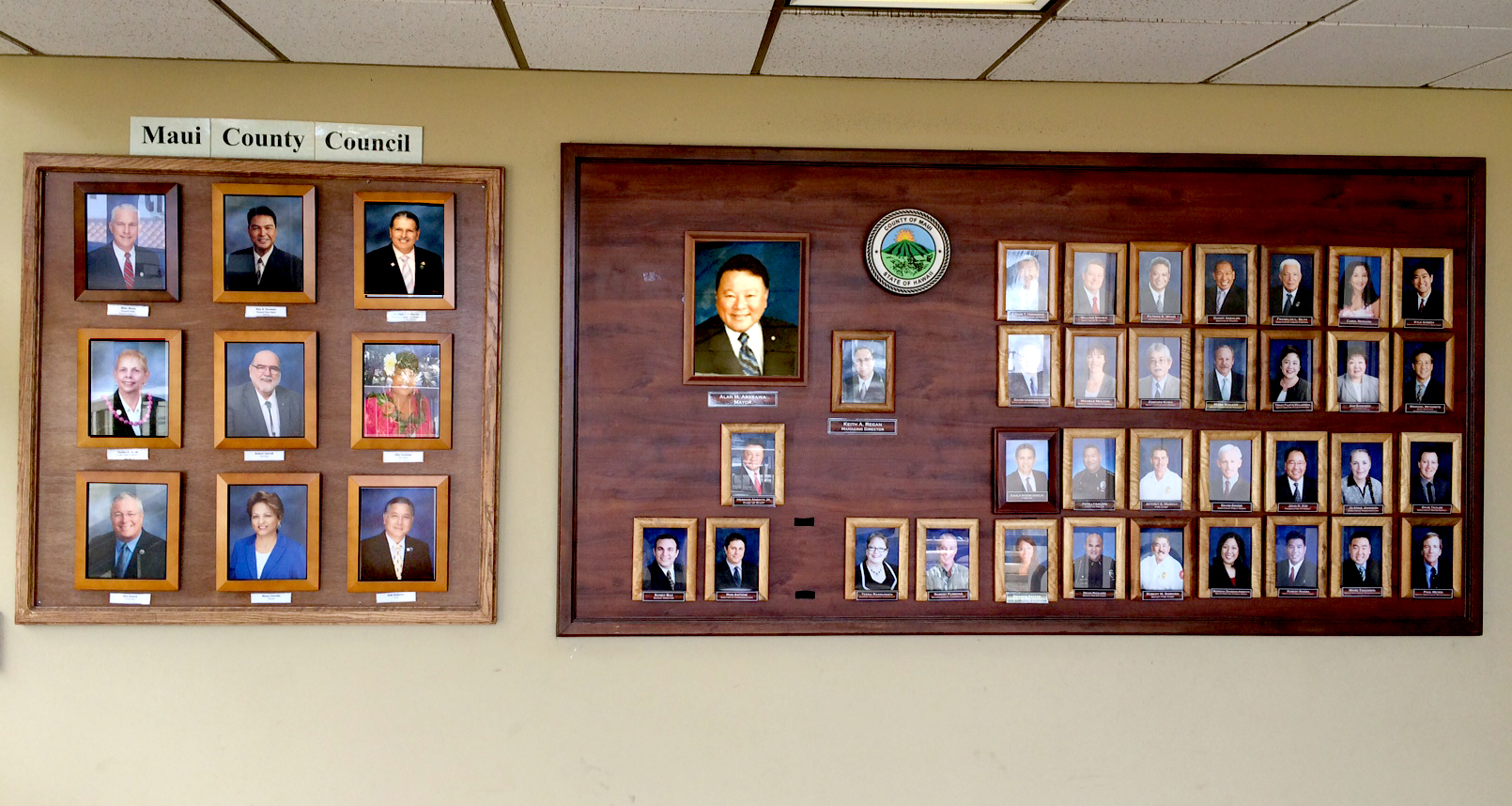 Since 1969, the Maui County Charter has vested legislative power in the County Council and executive power in the mayor. The council has the power to propose charter amendments at any general election, but has never before tinkered with this general structure.

If the question is to be seriously considered, it’s clear the council will need help from members of the community who have special expertise in public administration, business administration and other fields.

So, I’ve scheduled a meeting Monday at 9 a.m. on whether the council should form a special committee to study and advise on the county manager form of governance.

Monday morning’s meeting of the Policy and Intergovernmental Affairs Committee will be held in the Council Chambers in Wailuku, with remote testimony accepted from the council offices in Hana, Lanai City and Kaunakakai.

Council Chair Mike White initiated this project by introducing a resolution to establish a special committee on county governance. The council referred the resolution to my committee last month.

I’ve subsequently submitted a revised resolution. Under my version, if a special committee is created to advise the council, it would be given a full year to complete its work and have 11 members.

The resolutions may be reviewed on the committee website at mauicounty.us/pia.

There are many substantive issues to be considered before the council establishes a special committee, including:

Please consider testifying at Monday’s committee meeting in person or via email to pia.committee@mauicounty.us, referencing PIA-54. I look forward to receiving your input.

* Mike Victorino is presiding officer pro tempore of the Maui County Council and chair of the council’s Policy and Intergovernmental Affairs Committee. He holds the council seat for the Wailuku-Waihee-Waikapu residency area. “Chair’s 3 Minutes” is a weekly column to explain the latest news on county legislative matters. Go to mauicounty.us for more information.

11/2/2015: The Policy and Intergovernmental Affairs Committee meeting on the county manager form of government (PIA-54) will reconvene on Wednesday, Nov. 4 at 1:30 p.m.